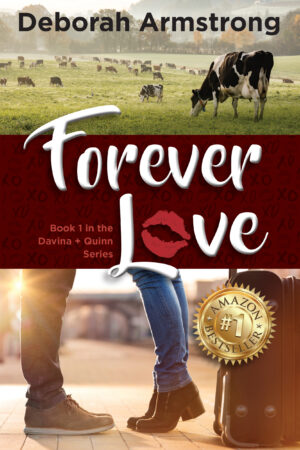 Davina Stuart, farmer and bestselling author of Second Harvest, shares a flight to Los Angeles with Hollywood’s latest heartthrob, Quinn Thomas. Three hours of in-flight speed dating and Quinn’s in love. Davina is not so sure. She’s older and wiser. She’ll settle for a one-night stand but he wants more. Davina’s cows and her children are her life. She’s not so sure about Hollywood and its glamour. Blue jeans, cowboy boots and her pickup truck are more her style. Quinn is tired of the plastic starlets, his empty bed and his lonely heart. He’d give up everything, including his career, for the love of a woman, his woman.

It’s easy to make promises in the name of love. Yet when life happens and it happens to be in Hollywood, sometimes promises can be difficult to keep.

Love’s Promises is the sequel to Deborah Armstrong’s debut novel, Forever Love. Davina promised Quinn her heart and Quinn promised to keep Hollywood out of their bedroom.

It’s the premiere of Lovestruck, Quinn’s new romantic comedy. The lights dim, the movie starts and then their world comes crashing down around them as Davina watches Quinn break his promise on the silver screen. 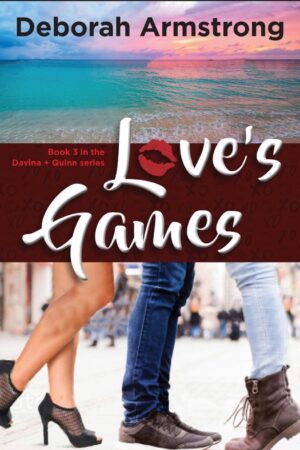 Quinn Thomas, Hollywood heartthrob and devoted family man has it all – two Oscars, a beautiful wife and a loving family, and still he wants more.

Can Molly love a man who scares her to death?

Jack Thomas is a rock star and the lead singer of Dragon Slayers. He has everything his heart desires except the woman who haunts his dreams. A chance encounter in a cafe and Jack knows he’s found her.

Inviting her to his concert, he woos her with his songs, singing directly to her from center stage. Pulled in, Molly knows it’s the beginning of a perfect date. Suddenly, she flees. Terrified, Molly desperately tries to escape the monsters Jack has set free when he takes off his shirt. 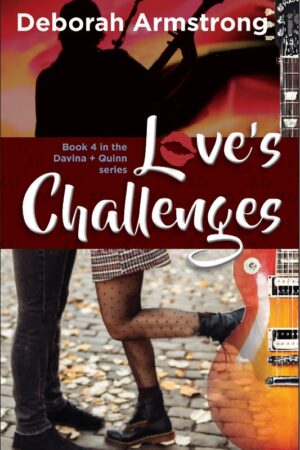 Whose arms would you want to hold you in a love’s farewell?

As the thorn in the side of Quinn Thomas, O’Connell’s final request will deliver his ultimate revenge … to die in the arms of Davina Stuart Thomas, Quinn’s beloved wife.

Dr. Jules Montgomery needed a hero for just one night. Dane Andrews, Boss to the men who know him, had only one rule–never mess with any woman in his home town. All it took was her arms wrapped around his neck, and her soft, warm lips caressing his ear as she whispered, “Help a girl out. Your name’s Gary, and you’re my boyfriend.”

Boss quickly stepped into the role of hero and fantasy boyfriend, finding it impossible to say no to the mesmerizing beautiful redhead. He played Gary to her Red. For one night only, they belonged to each other.

Five years later, fate and a redheaded four-almost five-year-old reunite them once again.